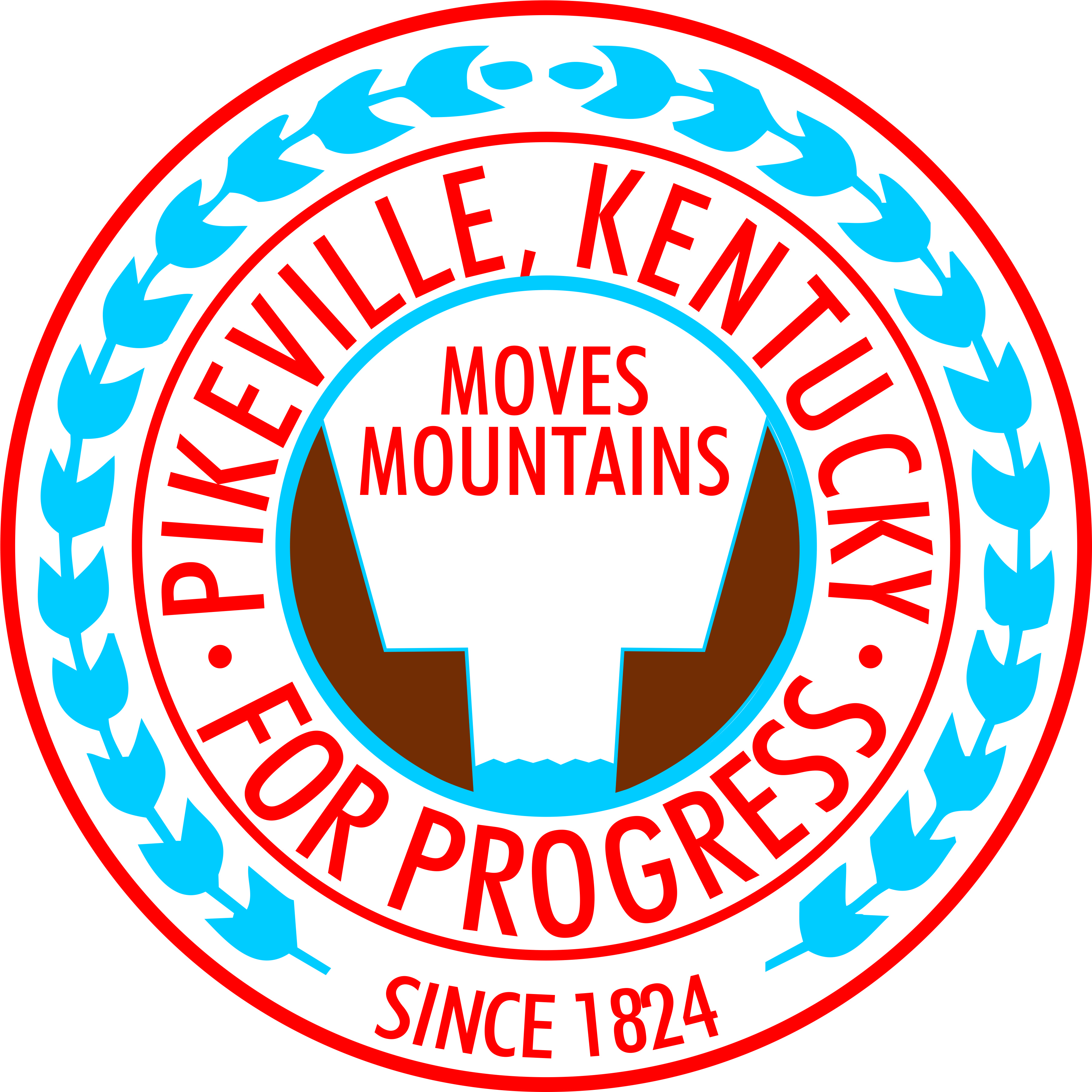 The Big Sandy Heritage Center is located in a Historic Railroad Station in downtown Pikeville. Here you will find dozens of exhibits that portray the rich history and culture of eastern Kentucky. The center showcases the people, places and events that have made our region so unique. Antebellum-era, African American History, Civil War, moving mountains, coal, floods, Native American and the Hatfield & McCoy Feud are only a few of the exhibits you will see.

Dils Cemetery is the final resting place of famed Hatfield-McCoy Feud chieftain Randolph McCoy, wife Sara and daughter Roseanna, son Sam and daughter-in-law Martha. Graves of soldiers from the Revolutionary War, French and Indian War, Civil War, Spanish-American War and World War I may be found there. Named for Colonel John Dils, this was the first integrated cemetery in eastern Kentucky. The cemetery has a walking trail and overlook and is one of the sites on the Hatfield-McCoy Feud Driving Tour.

In the Pikeville City Park, Colonel James A. Garfield was commissioned Brigadier General in the Union Army. The man who later became president was sworn in as General by Squire Charles of Pike County, January 1862.

An engineering project second only to the Panama Canal as the most extensive land moving project in the Western Hemisphere. The cut itself is over 1300 feet long and 523 feet deep. The New York Times called it the “eighth wonder of the world.” A gazebo and overlook have been built for your enjoyment. You will find tennis courts, walking track, hiking trails and picnic areas at nearby Bob Amos Park.

Pikeville features five districts that are listed on the National Register of Historic Places. As you take a stroll downtown you can see 53 historic buildings and homes with a history of each property on the tour including the Pikeville Collegiate Institute.

River Trails and Adventure
The Levisa Fork holds gentle riffles and flowing shoals, perfect floating conditions for families and beginners. This section is ideal for canoes, kayaks and small one-man pontoon boats. Since the Levisa Fork receives the waters of Russell Fork along with releases from Fishtrap Lake Dam upstream, the river has great flow all summer long. The Hatfield-McCoy River Trail System is now recognized as a Kentucky Blue Water Trail.Come and join us in the beautiful Rivers and Mountains of Eastern Ky on the Hatfield and McCoy River trails! Take an exhilarating kayak tour through the beautiful water ways of the Levisa Fork. This 2 hour trip will take you through some breathtaking scenery including the Pikeville Cut Thru Project, a man made channel that moved a mountain and a river.This trip is on class 1 water and is suitable for beginners and families.

Horse Trails & Activities
Located in beautiful Bob Amos park the Bob Amos Equestrian trail is a 2.2 mile circuitous trail that winds through the mountain. While on the trail you will encounter native wildlife and enjoy scenic views of the mountains of Eastern Kentucky. While riding the trail you will be led by an experienced guide on horse that gentle and trained for trail riding. This is a must for your family getaway! Enjoy the Mountains just minutes from Downtown Pikeville and make memories that will last a lifetime! Dreamz Stables is a full service equestrian center featuring trail rides, pony rides, riding ring, riding lessons tack and much more. Dreamz Stables provides all needed training and equipment to make your experience enjoyable and safe. The horse drawn carriage tours allow one to take a 30 minute stroll on a carriage ride through historic downtown Pikeville, or an hour long historic tour with a guide! Whether you want a new experience for your kids or if you’re an adult, we provide riding lessons for all ages. To ensure your maximum safety, we have a variety of horses depending on your skill level and maintain experienced professions on hand to make sure you get the best experience possible

The East Kentucky Science Center and Planetarium is located close to Pikeville in Prestonsburg, Kentucky. It is a learning center and planetarium that offers many activities throughout the year!

Dreamz Stables Scenic Trail Rides
Nestled in the beautiful mountains of Pike County, Kentucky, take a scenic horse trail overlooking the historic town of Pikeville, Kentucky (home of the Hatfield-McCoy Feud). Experience our approximately three mile trail accompanied by an experience trail guide with the most experienced trail horses in the region. Our horses are hand selected for beginner, intermediate, and advanced riders to ensure your maximum safety and to enhance your trail riding experience. We have a variety of different times available at your convenience and depending on the scenery you want to experience. Allow us to help make a memory on the mountain for you!

White Lightning Zipline
Come and enjoy the Mountains of Eastern Ky on the White Lightning Zip lines. Zip across 8 lines up to 1000' long for 2 hours. Learn about the history of the area from the Hatfield McCoy feud to Moonshine Running. Located at 500 Bob Amos Drive in Pikeville.

Muscle on Main
Three-Time Award Winning event. Bring your children and allow them to participate in racing with Hot Wheels Drag Racing, RC Racing, and more! You have got to come see why this event won the Judge’s Recognition Award for Summer of 2012 and now Spring of 2013! A big shout out to The Good Ole’ Boys Car Club for their hard work and dedication with this event. Come out this year and enjoy cars, family, food, and fun! Afterwards, be sure to stick around in the River Fill for some drag racing and other events! The second Saturday of every month - weather permitting.

Drag Racing
Ready to call out your friend? Bring your race off of the street and down to the Riverfill so that thousands can witness who prevails! We have recently built stadium seating to seat 2,500+ people. Held just after Muscle on Main, the drag racing will complete your fun motorsports filled Saturday with some good ole’ fashion drag racing! Bring your muscle car, late model, import, or trucks!
Main Street Live
On the first and third Friday of each month (June through Sept.), visitors can enjoy the music of the mountains from a wide variety of genres. Main Street Live is a stage designated to showcasing local talent. Free admission and Wi-Fi access add to the experience. It’s no wonder that the Appalachian Mountains has yielded so many monumental artists, as music is not only a treasured pastime to our people, but it is the very foundation of our culture.

For nearly 40 years, people come from all over the world to visit Hillbilly Days. Come enjoy the festivities and craziness of Hillbilly Days and bring the family! There’s something for everyone and with hundreds of food booths, craft booths, huge carnival, music, and more you’ll be glad you visited Pikeville. Hillbilly Days has been recognized by the Kentucky Tourism Industry Association as a Top 10 Kentucky Festival and is currently the second largest festival in Kentucky.

The feud is over, now let the fun begin with a big carnival! The Hatfield-McCoy Heritage Days Festival is held on Labor Day Weekend. Come and celebrate the end of the feud in Downtown Pikeville.